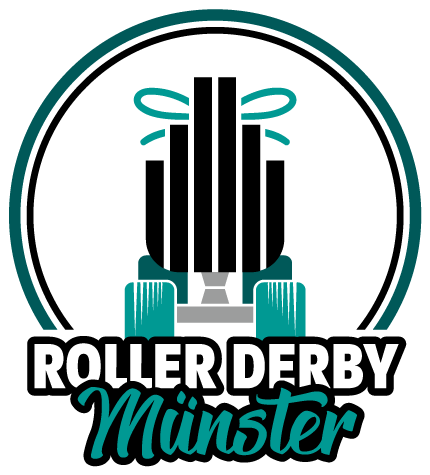 WHAT IS ROLLER DERBY?

Roller Derby is a ballless full contact sport on roller skates. It originated in the USA. There it originated in the 1930s and finally established itself as a women’s sport during the 1970s and is still practiced today by predominantly women*. Roller Derby is a very athletic sport, where the endurance, strength, speed and skill of the individual players and their teamwork are of the utmost importance. This includes a complex set of rules that applies worldwide and has been in existence since 2004 through the umbrella organisation WFTDA (Women’s Flat Track Roller Derby Association).The first teams were found in Germany in 2007. Three years later the first German championship was held and already in 2011 the world championship in Toronto, in which 13 nations took part. The growing enthusiasm for this sport has resulted in more than 30 teams in Germany alone, six of them in NRW. These teams have been competing in the German Bundesliga since 2015.

Roller Derby is played on a flat oval track, the so-called “flat track”. The playing time is divided into two halves of 30 minutes each, consisting of an unlimited number of jams with a maximum of two minutes. The teams start with five players each. Among them are four blockers including the pivot and the jammer.

The jammer is marked by a helmet cap with a star and collects points for the team by legally overtaking the opposing blockers. She starts behind the “pack” (the group of blockers and pivots of both teams). The jammer who makes it through the pack first is the “lead jammer” and can therefore break off the jam early. The sign of this is the knock with the hands on the hip. The aim of the blockers is to support their own jammer by maneuvering and/or tackling and also to prevent the opponent jammer from scoring points.

The allowed use of the body is exactly defined in the rules and is monitored by up to 21 officials during the game. Among them are also the referees. Anyone who violates the rules will be sent to the “penalty box” and must serve his 30-second penalty. 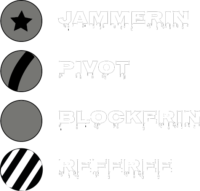 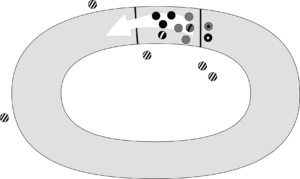 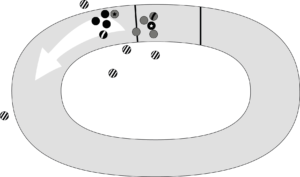 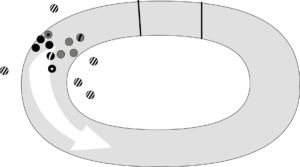